What is a Time Projection Chamber?

A Time Projection Chamber (TPC) is a device for measuring the energy loss and tracks of charged particles inside of a gas. As charged particles (like protons, alpha particles and heavy ions) pass through a medium like a gas, they lose energy and produce a trail of electrons along their path. Using an electric field (which is produced by a set of metal wires called a field cage using a voltage of 1000-2000 V), we can drift these electrons so they hit an anode. By measuring the position that these electrons hit the anode and their time, we can reconstruct a full 3D image of the charged particles’ tracks through the gas.

TexAT is the TPC designed and built at the Cyclotron Institute, Texas A&M University with a CAD showing a slice through the detector visible above. 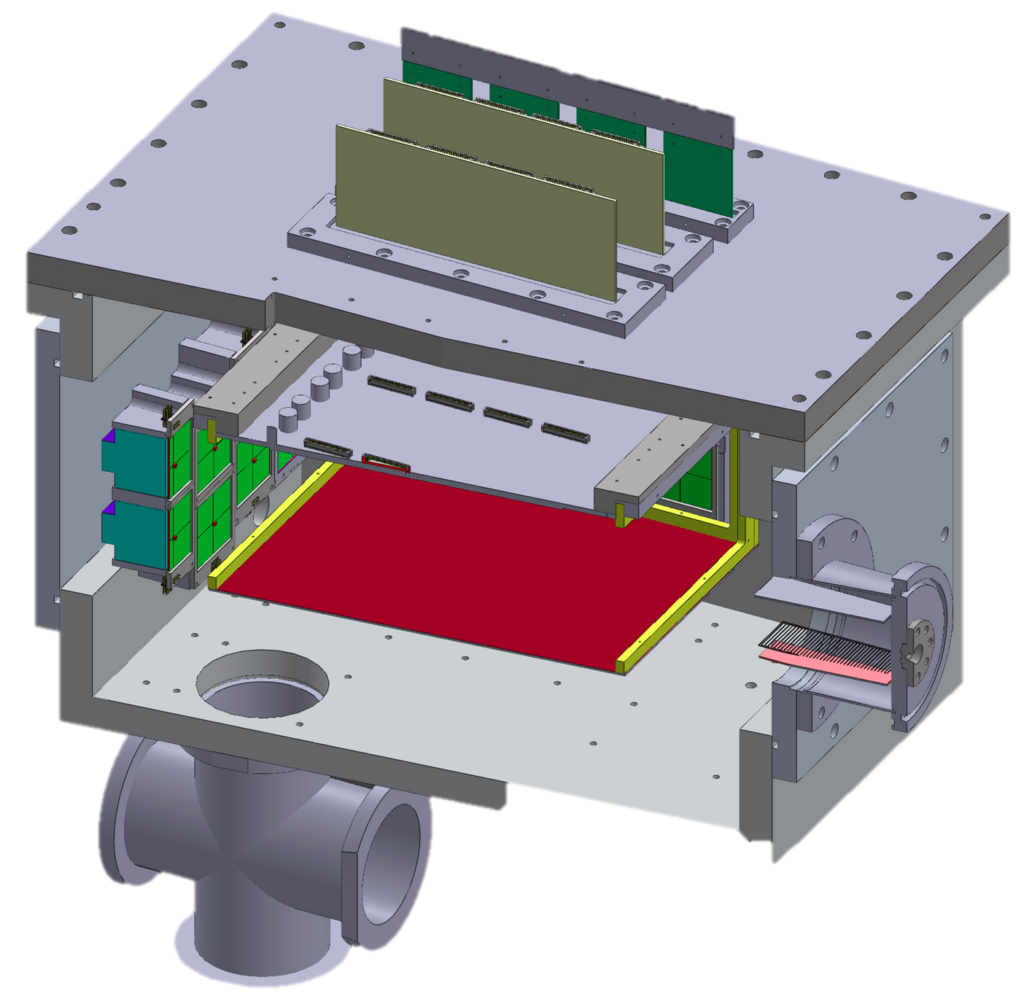 It was commissioned in 2017 and has been used for a vast array of nuclear physics experiments over the past years. A paper detailing the details was published in 2020 by E. Koshchiy et al. In order to create the full 3D tracks, the position-sensitive anode used is based on the Micromegas technology, developed at CERN. 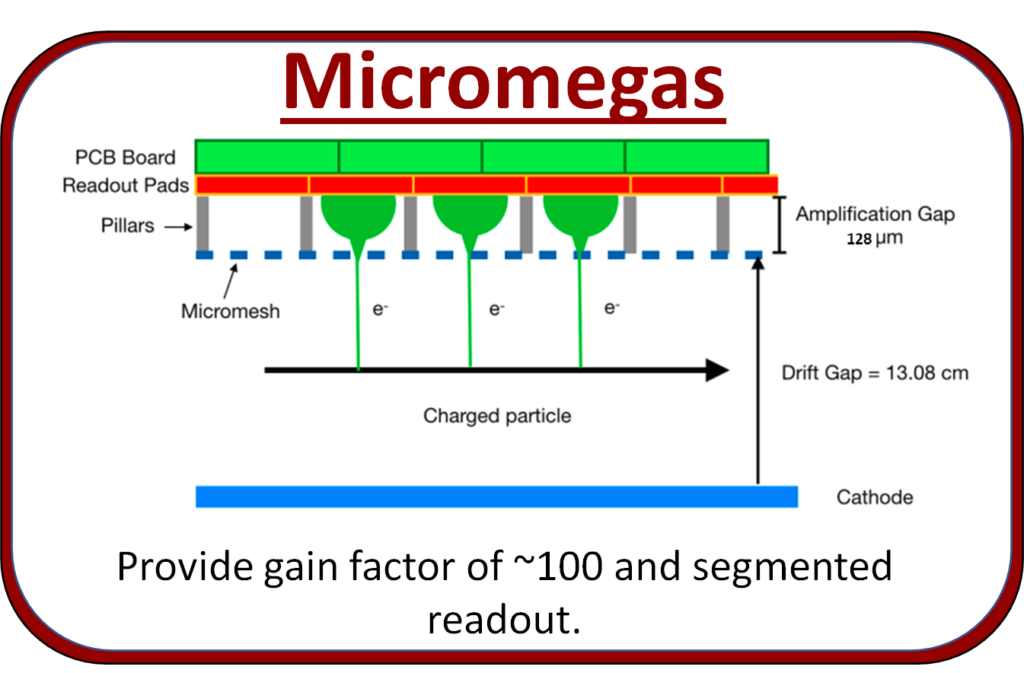 Micromegas apply a very high voltage across a small 0.128 mm gap, as the electrons from the field cage enter this high voltage region, an avalanche takes place which multiplies the number of electrons, and therefore the signal size, by a factor of >100. In addition, we have an extra amplification stage from GEMs (Gas Electron Multipliers) that work in a very similar way. This allows us to measure particles that deposit a very small amount of electrons along their path (e.g. protons). 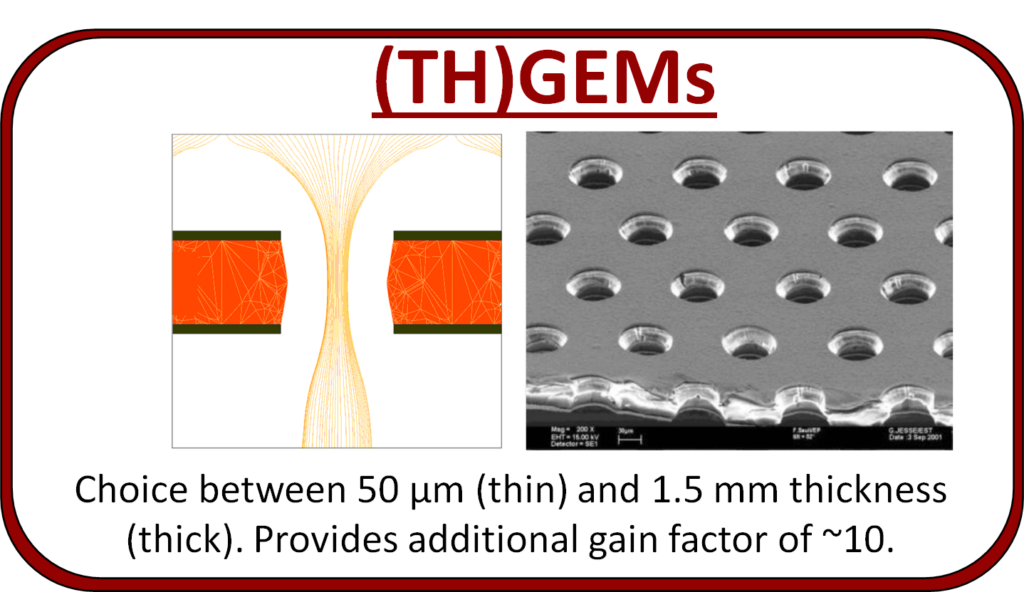 The amplified electrons then hit readout pads, of which there are 1024 for TexAT. The charge on each of these pads is then read out and saved as a waveform. This is performed by the electronics system, known as GET (General Electronics for TPCs). 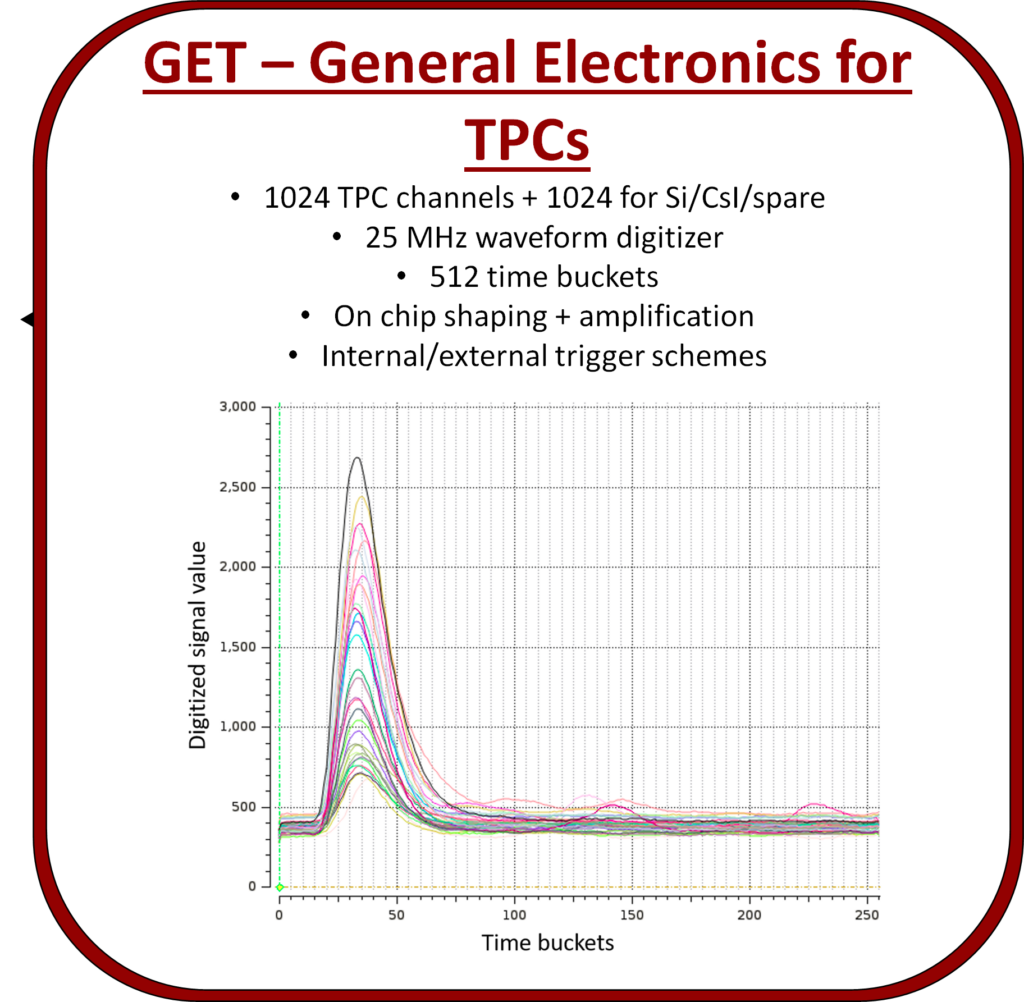 What do we measure?

Using all these elements together, we can generate full 3D tracks of charged particles. We often run in ‘active target’ mode where the gas inside the TPC is also the target. We then inject a beam of particles corresponding to the reactions we wish to study. In the example shown below, we measured 8B(p,p) so TexAT was filled with 500 Torr of methane (CH4) and a beam of boron-8 was injected into the chamber from MARS. The interaction location and scattering angle of the products then allows us to study the reaction of interest. 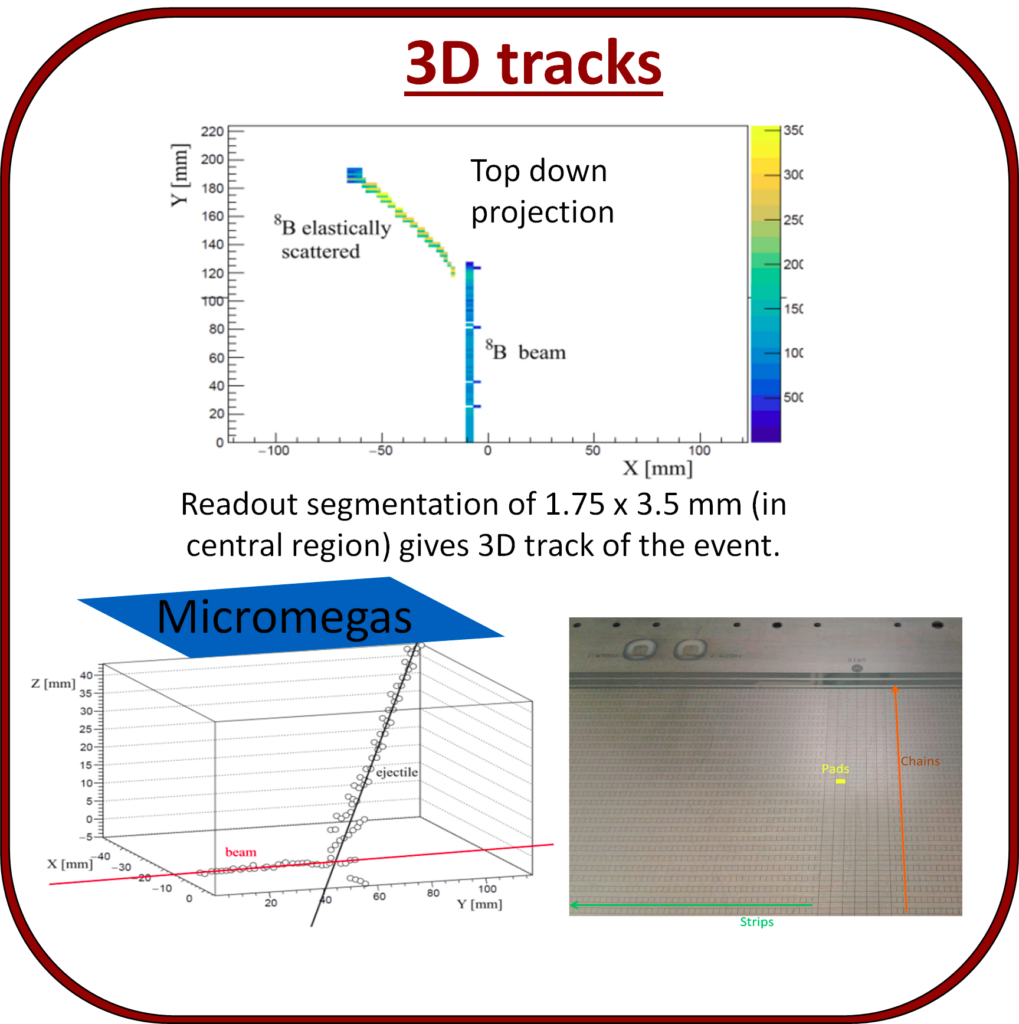 In addition to measuring the tracks with the Micromegas, there are ancillary Si+CsI telescope (dE-E) that can measure the energy of any products that escape the active area. For studies of elastic scattering, a good energy resolution is necessary to resolve narrow resonances so combining the information from the Si-CsI telescope with the tracks allows for a complete reconstruction of the nuclear reaction.

We have used TexAT for a huge array of different experiments over the years, an incomplete list is shown below including references to the papers covering the work for those that are completed.

TexAT was supported by the U.S. Department of Energy, Office of Science, Office of Nuclear Science, under award no. DE-FG02-93ER40773 and by National Nuclear Security Administration through the Center for Excellence in Nuclear Training and University Based Research (CENTAUR) under grant number DE-NA0003841.