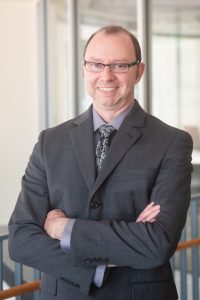 Our group is headed by Associate Professor of Chemistry Charles “Cody” M. Folden III. Cody became a professor at Texas A&M University before the Fall 2008 semester. He was previously a postdoc at the National Superconducting Cyclotron Laboratory at Michigan State University working with University Distinguished Professors Bradley M. Sherrill and David J. Morrissey. His thesis advisor was Professor of the Graduate School Darleane C. Hoffman, and he later did postdoctoral work with Prof. Heino Nitsche.  He received the DOE Early Career Award in 2012. (Follow the link and search for “Folden”).

Before coming to Texas A&M, Cody had a significant role in the successful confirmation of the discovery of roentgenium (element 111), and was a member of the team that confirmed the discovery of darmstadtium (element 110). He has co-discovered several different isotopes (264Sg, 125Pd, 40Mg, and 42Al), with the latter showing that many more nuclei might be bound than previously believed. He is the co-discoverer of numerous nuclear isomeric states, including 65Fem, the first nuclear isomer discovered using mass spectroscopy. He has also been involved in several collaborations to study the chemical properties of the heaviest elements.

Prof. Folden became tenured at Texas A&M in September 2016.  You can download his curriculum vitae, read his Ph.D. thesis, or email him using the information on our contact page.