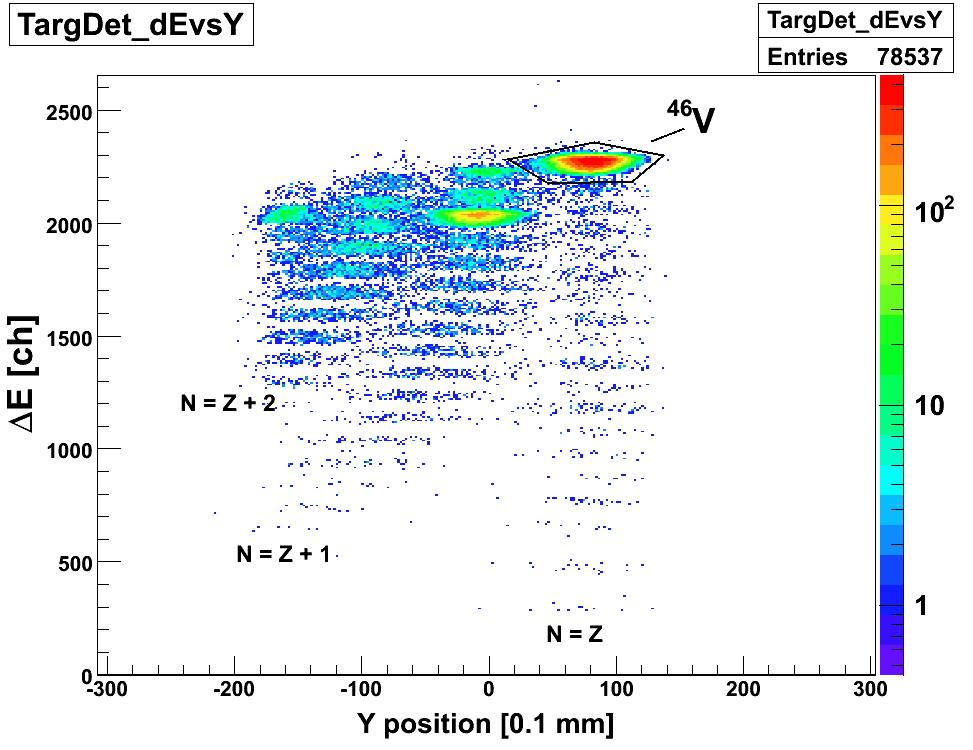 The Standard Model, which unifies the strong, electromagnetic and weak forces, has been remarkably successful in describing the interactions of quarks and leptons. However, the model is incomplete, and it is the goal of this research program to sensitively probe its limits. Though in most cases we use the nucleus as a micro-laboratory for testing the Standard Model, the implications of the results extend far beyond nuclear physics to particle and astrophysics. Texas A&M experiments use the unique capabilities of the MARS Spectrometer and the precision on-line beta-decay facility at the Cyclotron Institute, but also exploit the facilities at the University of Jyvaskyla in Finland and at the TRIUMF Laboratory in Canada.

Nuclear reactions can be used to synthesize radioactive isotopes, but the reactions themselves are not very specific – they produce many different isotopes at one time. MARS makes it possible to analyze reaction products from the cyclotron beam, separating one synthesized isotope from all the others produced, so that one selected radioactive decay can be studied without interference from unwanted activities. In this way, we make very precise measurements on the decay of short-lived isotopes that have been specially chosen for their sensitivity to the fundamental weak interaction.

We are now measuring “superallowed” β-decay in a particular set of nuclei to test both the constancy of the weak vector coupling constant and the Standard Model’s definitive predictions for quark mixing. Collaborative experiments are also underway with the JYFLTRAP Penning trap at the University of Jyvaskyla Cyclotron Laboratory. This trap is uniquely suited to measuring the atomic-mass difference between the parent and daughter of a superallowed decay transition. The trap measurements tie in directly with the half-life and branching ratio measurements made at the Institute, extending and refining our superallowed β-decay probes of the Standard Model.

A postdoctoral position in precision -decay experiments of trapped atoms and ions is available at the Cyclotron Institute.  Applications are opened until the position is filled.

A study of the Nuclear Equation of State in the context of Molecular Dynamics: Ground State properties and Giant Resonances

The 2022 summer undergraduate students will be at the Cyclotron Institute from June to August. Welcome!

A new postdoctoral position is currently available at the Cyclotron Institute.